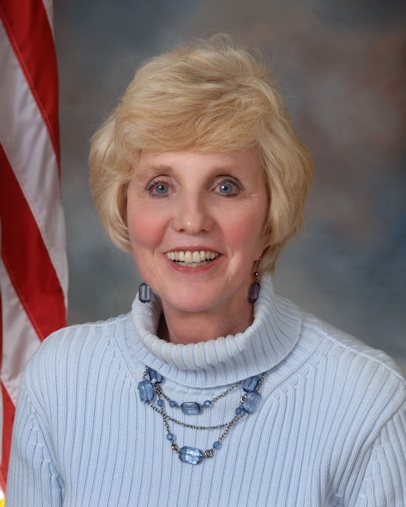 Raised in Tipton, Iowa, Moore moved to Oskaloosa in 1971. She has a BA from the University of Iowa, a MA from Drake with an additional 30 hours from Drake which provided additional training for effective teaching and working with at-risk students.

Moore worked with the Oskaloosa Community School System for over 30 years. She also worked with college-bound students in the dual credit program through William Penn University. Moore continues to volunteer on a daily basis at the high school.

Moore is on the Planning Committee, the Mahaska Community Recreation Foundation (MCRF), and the Forest Cemetery board; she also attends several other city committee meetings to stay informed about city issues.

As a former Social Studies teacher, Moore taught about the political system in both the historical and current events context. The political system always interested her and she really enjoyed teaching about it. It was because of this educational interest that she ultimately decided to get personally involved by running in the local political arena for City Council.

Moore knows a good City Council is not always going to agree, but she is very excited about how the current City Council feels free enough to debate issues, is open-minded enough to change directions at times, and can disagree while still having professional respect for other members of the Council. Moore is pleased with the progress being made on the regional airport and applauds efforts which allowed for Highway 63 to receive the CIN (Commercial Industrial Network) designation. She believes these are positive movements for Oskaloosa which will have a dramatic impact on future development.

Moore has served the community in other venues by sitting on the Oskaloosa Public Library Board of Trustees, being involved in the start-up of Crisis Intervention Services, and served 12 years on the Imagine the Possibilities Board.

Married in 1963, Moore and her husband, Gene, have three adult sons: Matt, Patrick, and Shawn.