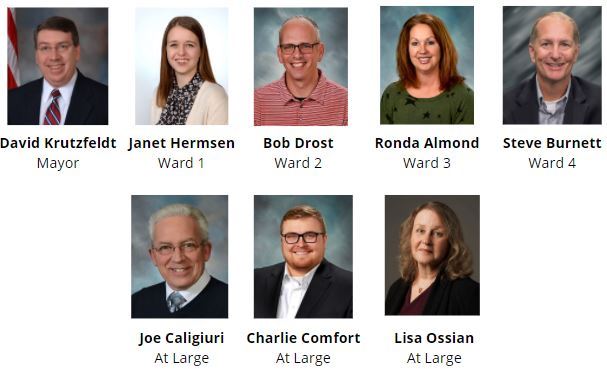 Please note that phone numbers are for voicemail only; please leave a message when calling these numbers.

View a map of city's wards, or view maps of individual wards:

Visit the "Agendas and Minutes" page of this website then scroll to the "City Council" section to access agendas and/or minutes.

The City Clerk is responsible for ordinances, resolutions, minutes, and the City Code. The office publishes notices, ordinances, and minutes and assists staff and the public in researching information.